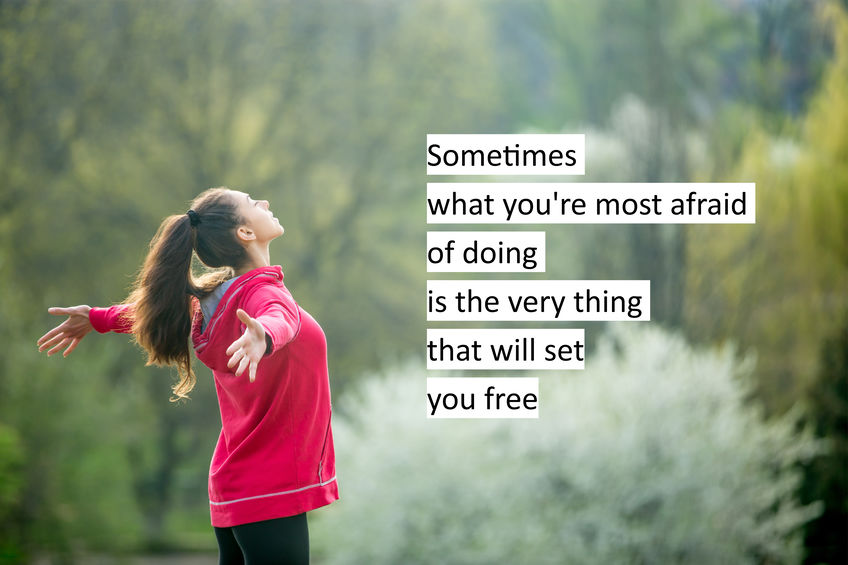 When I was 21 years old, I was raped by my then best friend/former boyfriend. This will come as a shock to some readers who know me because I never reported the rape, which actually happened on two separate occasions, and I never told almost anyone in my life. At that time, I only told one of my girlfriends and she suggested I report it, but I refused and she did not think much more about it. That is to say, we never really talked about it again.

I tried to ignore what happened; I had so much else good going on in my life. I was in graduate school soon to complete my master’s degree. I had been given the opportunity to work with the Behavioral Analysis Unit (BAU) of the Federal Bureau of Investigation (FBI) on a special research project. I also had an internship and then an externship with the Federal Probation Department.

From the outside, it looked like success and great fortune, but on the inside, I was in turmoil. The things that happened in the summer of 2003 plagued me. The rapes replayed in my mind. Every. Single. Day.

Why did I not report it? Well, among other things, I did not feel validated. I knew it would be a battle to prove what happened and what would be the point? In my mind, the damage was done. Him being punished or held accountable did not seem like it would accomplish anything. He was so hard-headed he would not learn from it.

He also was not someone I felt like would pose a danger to other women. On the contrary, what happened between him and I happened because he did not respect me, which was probably made possible because I did not have a lot of self-respect. I struggled with self-respect, insecurity and shame from being very overweight my entire life. He also was not raised to respect women in general. However, he was not otherwise a violent or vindictive person and did not take pleasure in hurting others. He was just indifferent.

Anyway, we had dated before that and though we were off and on, we were best friends. We were like two peas in a pod even though we had stopped being boyfriend and girlfriend. Then when the rapes happened, about a month apart, I was completely lost. Not only did I feel violated, ashamed and confused, but I did not know what to do about our friendship. In truth, even though we had broken up, I was still deeply in love with this man. He was also my best friend so when the rapes happened and I tried to cut him out of my life, I suffered the loss of the man that had become my everything.

Why did it happen twice? Well, he actually lived in the same apartment building as me right across the hall. As much as I tried to avoid him, he seemed ever-present. On both occasions, I had made the mistake of letting him into my apartment. This was another complication. I undermined what happened and my rights to my body thinking that because I let him in, it was my own fault or it was not a “real rape.”

After the second rape, I moved out. I moved as far away from him as I could. Across town. But inside, I was still deeply and shamefully in love with this man. He was the coolest, most fun man I had ever met at that time. Every fiber of my soul hoped he would “chase me” across town, realize the trauma he had caused, beg for forgiveness and love me. Then we would live happily ever after and he would never hurt me again. I would have my best friend back. I know, this sounds completely crazy, but it is true. It was so hard to let him go.

Needles to say, he hated when I moved and came around a couple times, missing his best friend and thinking I would just get over being upset with him. He never understood the damage he did and he never came to love me. I don’t think he could because, in his defense, I did not really love myself.

I continued though to excel and succeed elsewhere in my life and everyone was none the wiser about what was really going on in my soul. Not surprisingly, when given a choice of research topic for the FBI, I chose serial rape. I poured my heart, time and soul into studying the trauma of other women and trying to secretly empower and validate myself in the process. I commiserated with all the victims of my cases in my mind, day in and day out.

Yet I never told anyone else…until I met my husband. Once we fell in love and he became my safe space, seven years after the rapes happened, I told him. We were just dating at the time and the trauma had long since been over, but he was nonetheless so angry that he started to plot ways he could kill this man. He cared so deeply that it made me feel validated and protected for the first time ever. The relief in my soul was tangible. It was like a weight had been lifted off of me. Then my soul began to heal. Life got better and better. I felt free, liberated from my trauma, and emotionally healthy more than ever.

Then four years later, my husband died during a combat operation in Afghanistan and my validation and secret died with him. I was again alone in this world, feeling like I was carrying a shameful secret that was extra shameful because there was really no reason for it to even be a secret. Yet so much time had passed, if I confided in someone, it would just diminish the validity of the trauma.

Since then, I have sporadically opened up with a few women about having been raped and each time it helps and hurts all over again, like opening up an old wound. Why am I writing about this now? Well, I read recently about some interesting studies on the impact of writing about or discussing trauma. James Pennebaker, Ph.D. of the University of Texas at Austin, wrote about the studies in “Opening Up: The Healing Power of Expressing Emotions.” In a study of 200 participants, 65 who reported an undisclosed childhood trauma were more likely to have been diagnosed with all sorts of major and minor health problems than their counterparts. Also interesting is that the study showed it did not even matter what type of trauma it was; the negative health impact was profound.

Pennebaker took it a step further with another study of middle-aged men who had been terminated from their jobs unexpectedly. One group of the men were asked to write about their feelings about being terminated for 30 minutes a day for five consecutive days. A second group were asked to write for five days about…time management. A third group of the men did not write at all. The results were astounding.

Within three months, 27% of the first group had gotten new jobs compared with less than 5% of the other two groups! Even more interesting, all three groups of men had gone on the same number of subsequent job interviews, so it was not for lack of trying that the two latter groups had such little success.

I remember how telling my husband what happened seemed to unshackle my soul from the grips of undisclosed trauma. I want that again. If you have undisclosed trauma, I want you to know you can unshackle your soul too. Find a person or place and talk about it or write about it. No one has to see your writing. You can journal about it privately. It still gets it out.

I am also not just talking about rape here. My experience is just one example, and for the hundreds of thousands of rape victims worldwide, I hope this reaches someone who may need to hear it. However, this phenomenon applies to trauma of all sorts and so many of us experience trauma every day in this world. We cannot ignore it. Also, it needs to be said that there having been witnesses is not enough. For example, if you were a witness to or directly affected by a terrorist attack, people knowing you were there is not enough. You need to talk about or write about what you went through in detail and how it made you feel. As the studies show, this is crucial to your well-being.

We all know it is best if we can ditch the victim mentality, but I would argue we cannot do that if we are carrying around a trauma and bearing the weight of it in isolation. Express yourself…in any way that works for you. Get the trauma out of you, apart from your soul, and healing will happen.

With liberation, healing and hope,