How to Train for a Tower Climb 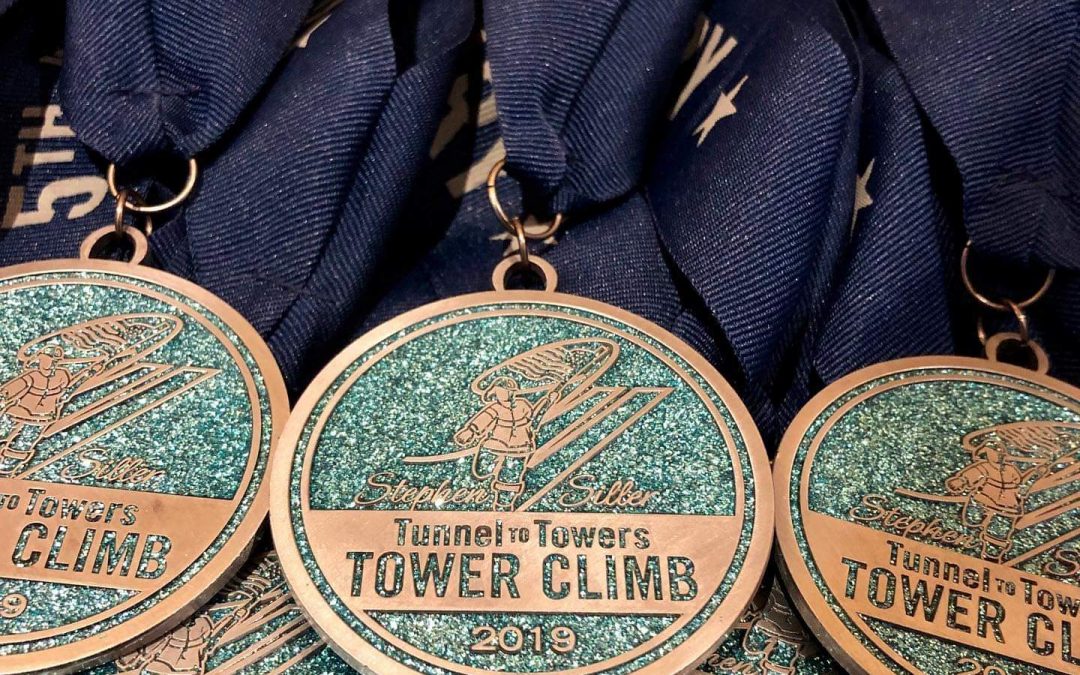 There is one activity essential to training specifically for a Tunnel to Towers climb. If you want to climb the stairs in a skyscraper for Tunnel to Towers, one AMAZING foundation that has climbs all over the country, there is one thing you need to do to prepare for the climb.

Visit the 9/11 Memorial and Museum. If you are not in New York City and cannot make it to NYC, Tunnel to Towers has a Mobile 9/11 exhibit. Check out their website, tunnel2towers.org, and see when it might be near you. Someone said at my climb of One World Trade Center today, also known as the Freedom Tower, doing something like this is mental more than physical. I completely agree. To train, focus first on your head and your heart.

I was able to visit the 9/11 Museum yesterday for the first time and I could not have done anything better in training than that. I was able to see firsthand the depth of destruction, really only a glimpse of it though, as living through it is still unimaginable. I also got to see a bit about the lives lost that day, words of survivors and first responders and more. Though it was 18 years ago and many people in our community were not even alive when 9/11 happened, we have to remember. We have to teach them. We have to talk about it.

On that day in OUR country, 19 terrorists hijacked four commercial airliners, two of which they deliberately crashed into the Twin Towers, one which they crashed into the Pentagon and the fourth which heroic passengers diverted from its intended target and was crashed into an empty field in western Pennsylvania. Almost 3,000 people lost their lives that day from 93 different countries. They did not just die either, they died in an unimaginably horrific way. These victims were no different from us. They were fathers, mothers, brothers, sisters, sons, daughters, innocent civilians and incredibly heroic first responders. So many surviving first responders who were tasked with the recovery efforts are struggling with and dying from cancer and other 9/11-related illnesses. The loss of life from this tragedy did not end on that day.

The loss for the victims’ families does not go away. I also can only imagine the extent of post-traumatic stress and undiagnosed post-traumatic stress resulting from the tragedies on 9/11 for victims’ families and for first responders. The extent of horror witnessed and experienced by thousands of survivors that day is worse than imaginable. The mental health implications are beyond measure and the support for addressing them does not seem to be very robust. Trauma is not something we can avoid, but when it happens, what we do afterward to provide care and support is within our control. Talking about it is often the first step. When we choose, as a community, to remember and honor those involved, we show them we know and we care.

While the damage of these tragedies does not go away, fortunately neither does our chance to learn from and make good come out of them. Events honoring the heroes involved on that day are so special because in addition to honoring the fallen, they also highlight all the good that has been done since that day. Tunnel to Towers, just as one example, has done so much good in this country. They have taken the love they have for their brother and used it as a tool, a source, a well, an example and an opportunity to do good for others and bring hope, love and support to as many people as possible.

As the Tunnel to Towers saying goes, “There is no elevator to success. You have to take the stairs.” May we all take one step at a time toward a very heartfelt climb on our individual stairways to Heaven. Though the road we hope will be long, we nonetheless are happiest when we rise. Remember, “fear has two meanings…forget everything and run or face everything and rise.”

Living in a vertical world,