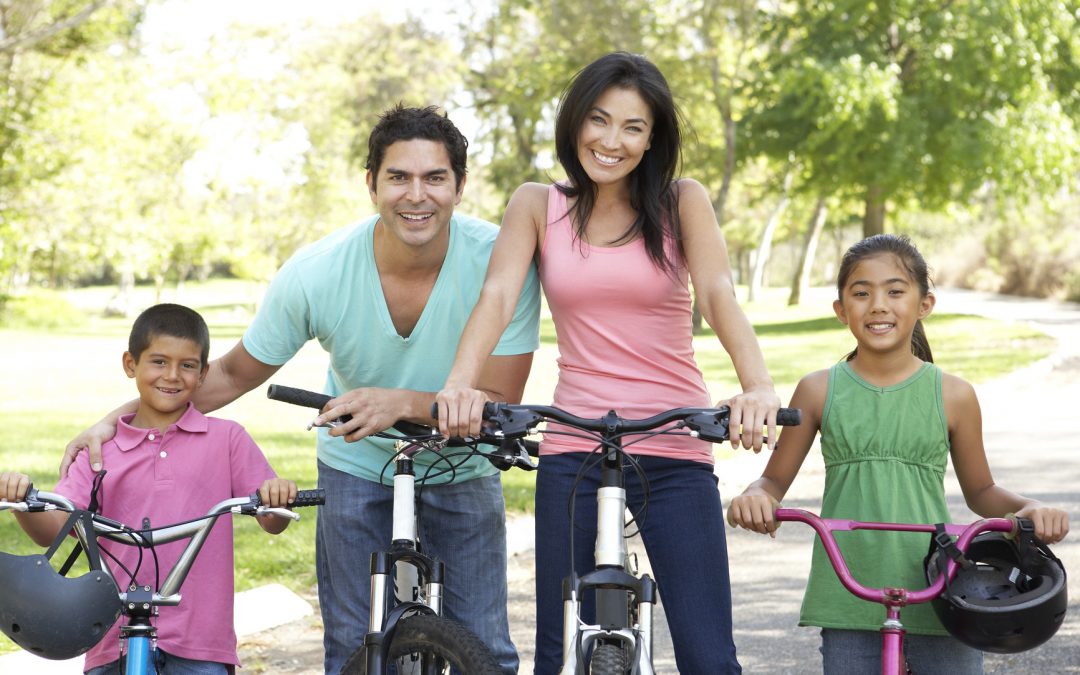 Do you want to lose weight? Do you know exercise is a big part of the equation, but it feels like a chore, either boring or time consuming and unsustainable? Being active was never something that came natural to me even though I always felt better after the fact. I tried for decades to make it a routine and had no success until a few tangential things changed for me. I did not realize how important they were until I started to see results. Here are three ways to change the relationship between you and exercise!

1) Make variety and flexibility as integral as consistency…

When I started working out and achieving results for the first time, I was doing something I had never done before. I was doing exercise consistently for a reason other than losing weight. While weight loss was always in my mind, I started taking dance fitness classes because I needed a regular activity in my schedule that would give me adult time, self-care time, boost my mood and help me feel better emotionally after the death of my husband. It turned out dancing changed my life in so many positive ways.

As a woman with an overachiever personality disorder, I took every dance class I could find in my area, often six or sometimes seven classes per week. At some point, the classes began to feel a little bit monotonous and too much like work with less of a gain in emotional stability. I knew it was time for a change. I took some different classes to get different choreography, and then I became involved with an amazing charity where I learned about competitive stair climbing for the first time.

I began training for an event so I made working out on a stairmaster my priority. Dancing came down a notch. Then for health reasons, I had to start incorporating more strength training work. Less dancing and stairs. Then more stairs to train to climb the tallest building in the western hemisphere. Then no stairs because I am training for a marathon so jogging is now my main focus. In the midst of this, my boyfriend helped me work up the courage to start riding a bicycle again after not riding for 24 years. I was terrified, and of course he said, “Don’t worry, it’s just like riding a bike!” Since he got me on the first time, I now own my own bicycle and have incorporated that into my activity regimen when it is possible.

For someone who spent most of her life on the sedentary side outside of work, I am now engaged in all these active hobbies. It all started with dance, but by force of life and circumstances beyond my control, I’ve been swept into a variety of exercise methods and the variety has allowed each of them to remain thoroughly satisfying. By allowing for variety and going with the flow, I was able to lose 40 pounds in less than a year. But even better, I am stronger than ever with more energy than ever and a better outlook on life. What active hobbies interest you? When you get set on one, can you transition to a new one if the time or a valid reason comes along?

2) Make your why as multifaceted as possible…

As I have explained above, I did not really start exercising for weight loss. I started for the emotional, mental and social areas where I was struggling in life. Weight loss was a side piece. I know now if I had just started exercising to lose weight, I probably would not have stuck with it, but in times where my motivation waned, I thought about it being my chance for self-care, stress relief, or a break from grief and that gave me that edge to stay consistent. The more consistent I became, the easier it was to maintain my consistency and the impact in every part of my life grew slowly over time. The more “whys” you have the better. When one does not seem enough to pull you in, reflect on the other, realize how much gain you will lose if you skip that session. Sometimes it is much more than just burned calories.

3) Appreciate every little bit – it all counts…

When we start toward a new goal, we tend to have our hopes and expectations sky high, but this is not a magic skyscraper. Rome was not built in a day. Since we inevitably have the benefit of time to reach our goal, every bit of effort we make in that given time period gets thrown into our “exercise bank.” It does not have to be an hour at the gym five days per week. It does not have to even be 30 minutes every time.

Instead of those arbitrary plans we set for ourselves, we can take advantage of every little chance, like every penny being needed to make a dollar, and watch it accumulate. I guarantee you that as you increase your overall quantity of activity, no matter how much at a time, you will feel healthier and your progress, as well as your motivation, will ride along on autopilot, growing with each day well spent. So next time you can take that extra set of stairs, park a little further from the store, take a walk after dinner and so on, you will feel better, and better, and then before you know it, better than ever!

Wishing you better than ever,