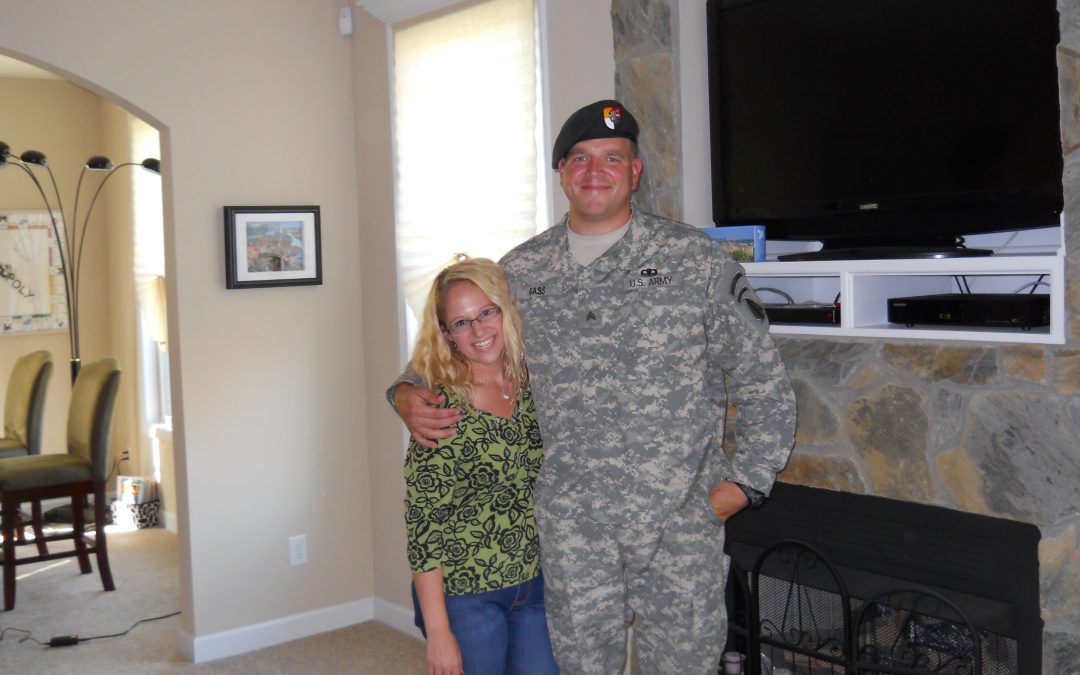 My grandfather asked me all these years later if I still felt it was the right thing to marry a soldier. The question surprised me. “I didn’t have a choice,” I replied. Of course, literally that is not true. We always have a choice.

Yet when I met Jerry Gass, I very quickly felt like I was falling down a rabbit hole. I could feel gravity under me and I was aware that I was falling, but I couldn’t stop myself. I knew right away he was a soldier. I knew in my head I did NOT want that life for myself. Too hard, I thought. Too painful, I thought, referring to the idea of deployment separations. I knew he was STILL technically married to another woman, though officially separated and fully out of that relationship in his heart and head. Not for me, I said. Too complicated. It’s just not wise or necessary to get involved with someone whose divorce is not final. Yet there I was. I said, well, we can just be friends. That’s all I need.

I just need to be around him. It doesn’t matter what you call it. So we were. He did not want to just be friends. He really liked me. I couldn’t believe it. He was too smart. Too brave. Too cool. Him like me??? My protective self kept trying to warn me of the dangers of being with him, the risks, the chance that he really was too good to be true and somehow I was missing something. Maybe I couldn’t trust him. Maybe he was taking advantage of my vulnerability and using me or something. Fill in the blank. It does not matter. It was my crazy fearful mind.

My gut knew different. My heart knew. He was real. He was everything he seemed to be (and more). He really did like me for me. He got to know me. He got to know everything about me rather quickly. Nothing scared him away. He believed in me. He encouraged me. He complimented me. He taught me how to have fun in life. He taught me how to put down my to do list, relax and enjoy the day.

He was so handsome. He was so fun. I knew dealing with his deployments would be the hardest thing I had faced in my life. I knew that was a pain I did not want to be part of my world. But after knowing him a few weeks, I knew I had no choice. So I laid on my bed and cried. I cried for the future grief of him going into harm’s way and being half a world away from me. I cried for the fear of something happening to him. I sobbed. He stood there and watched me. He was dumbfounded. He had not expected those emotions that day, after only knowing each other for weeks and with him still in Special Forces school, not scheduled to deploy anytime in the near future. Yet there I was. My heart hurt already. My heart knew.

In that moment, he felt so much remorse. He regretted joining the Army. His lifelong dream, of which he was a natural, he regretted because of the pain it caused me, someone he had only known a few weeks. He felt terrible that his choice, which he made long before we met, caused me pain. If he had known, he said, that he would meet me, he never would have joined the Army. He never wanted to be away from me. When he was gone for training, he wrote me letters. He could feel me hurting, he said. The emotional connection was tangible, no matter how much geographic distance separated us.